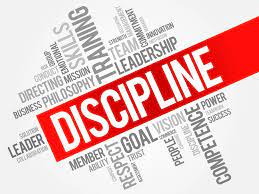 Orange High has many staff members and authorities that can discipline kids, but let’s talk about if it’s fair or not.

There are at least 3 kids in ISS every day, two kids have been expelled, and more than several kids have gotten OSS throughout the school year.

Lizette Guerrero says, “I think that the school does not discipline kids correctly because they give you ISS for everything and then you get behind in your classes. I feel like it’s unfair to have kids in ISS for the whole day for doing something wrong in one class.”.

There should be a set of rules kids have to follow every day that everyone is capable of following. For example, having 4 tardies in your first class gives you ISS, sometimes it’s not the kid’s fault. Parents could be taking forever, siblings who are out of school take forever, buses, traffic, car problems. All of these things could make a kid come to school late and I think that the school should cut the kids a break. Coming to school is a struggle for some kids and it could make it even harder for them to want to come to school if they are getting in trouble for even being there.

Student Mariah Hooker also says, “I feel like it’s unfair how bad the punishments are for little situations. They are little problems turned into bigger problems with bigger consequences.”.

Staff should realize that they are teaching and disciplining students, teenagers, and kids, not adults. Some kids need a break, giving them a hard time all the time could push them over the edge.